My favourite, an "imitation" of Swensen's famous baked rice - easy to cook, filling enough for dinner, everything in 1 casserole, easy to clean up :) The mixed vege and sausages are first steamed as mine are usually taken out from the freezer/fridge, hence the need to cook them. 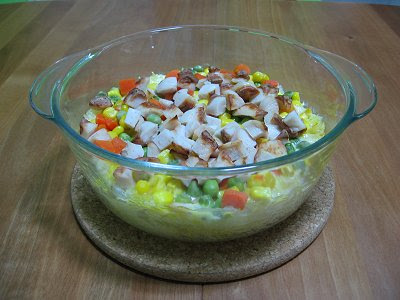 Posted by PhantomZ at 9:11 AM No comments:

The most basic recipe. Before this, I was cooking rice using the rice cooker but now I use the Healsio (1 less thing to clean :P). 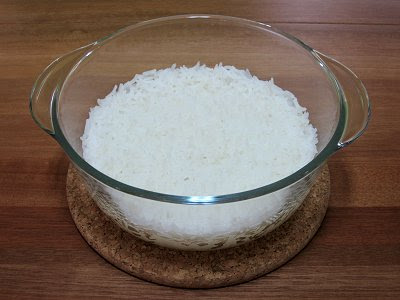 Notes:
- Cooking time (minus preparation): 30mins
- Power Consumption (w/o draining): 1.2kWh
Posted by PhantomZ at 8:57 AM No comments:

g vs ml: The density of water is 1 g/ml under normal conditions, so for water, 1g = 1ml. I use the same conversion as a rough gauge for rice and mixed vege after weighing and measuring them. 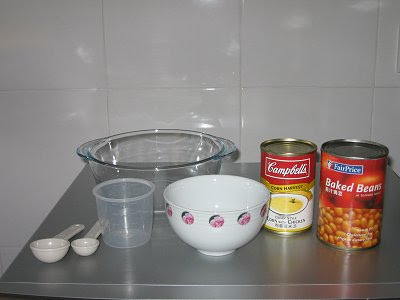 Posted by PhantomZ at 8:55 AM No comments:

Hi, welcome to my Healsio Recipe Blog! My wife saw the Sharp Healsio Steam Oven when we were buying appliances for our new home. It's supposed to be a "Breakthrough in Cooking using just WATER", to use the words of the brochure.

It's healthier than a microwave oven and less messy than cooking on a gas stove. And since it has so many functions, it has become our sole cooking appliance, with every meal cooked using it. Below are some information about it, taken from the brochure. 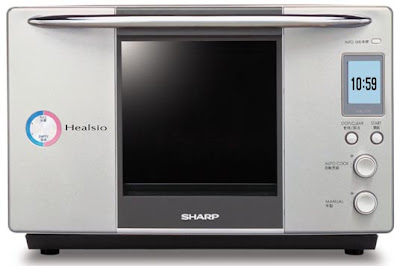 The Healsio's selling point is Superheated Steam, which is ordinary steam (at 100°C) heated up to 300°C under normal pressure. When directed at a piece of paper, steam will just wet it, but superheated steam will cause it to start burning. Also, it's clear and colourless unlike ordinary steam.

Using this superheated steam, the Healsio oven can cook food in a variety of ways - steam, grill, roast, bake, defrost and reheat - simply by using water, and it's healthier too, as explained below. 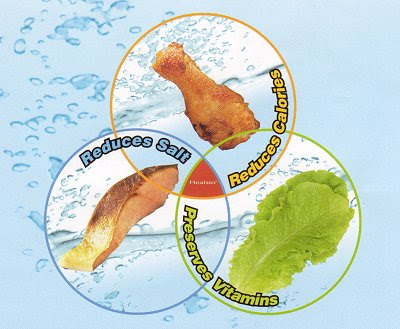 Reduces Calories
When the superheated steam is sprayed onto the food, a massive heat energy 8 times higher than that of a convection oven rapidly reduces the fat content in the food.

Reduces Salt
When the superheated steam comes into contact with the food, condensation on the food's surface triggers a diffusing action and draws salt out.

Preserved Vitamins
As the oven's interior compartment becomes filled with superheated steam, it is purged of oxygen and cooks food in a low oxygen density. This reduces the decomposition of easily oxidised nutrients such as vitamin C, thus retaining most of the food's natural nutrients for healthier eating.